Once you’ve created your data models, Django automatically gives you a database-abstraction API that lets you create, retrieve, update and delete objects. This document explains how to use this API. Refer to the data model reference for full details of all the various model lookup options.

So our testmodel is a simple Note where we store text from the user. This is our base for e-lo on web.

We have also added the __str__ method for a better output then just the object representation with id.

Our model class in now in the C:\Users\espen\virtualEnvs\e-loweb\eloweb\elo

After installing Django, you create your app:

This performs an INSERT SQL statement behind the scenes. Django doesn’t hit the database until you explicitly call save().

To save changes to an object that’s already in the database, use save().

This performs an UPDATE SQL statement behind the scenes. Django doesn’t hit the database until you explicitly call save().

If you’re just updating a record and don’t need to do anything with the model object, the most efficient approach is to call update(), rather than loading the model object into memory.

Most of the time you’ll use all(), get(), filter() and exclude() when you need to look up objects from the database. However, that’s far from all there is; see the QuerySet API Reference for a complete list of all the various QuerySet methods.

The delete method, conveniently, is named delete(). This method immediately deletes the object and returns the number of objects deleted and a dictionary with the number of deletions per object type.

Now lets add a new method to our class and call it.

Now lets change the model with a new field and run:

And visit the web url: 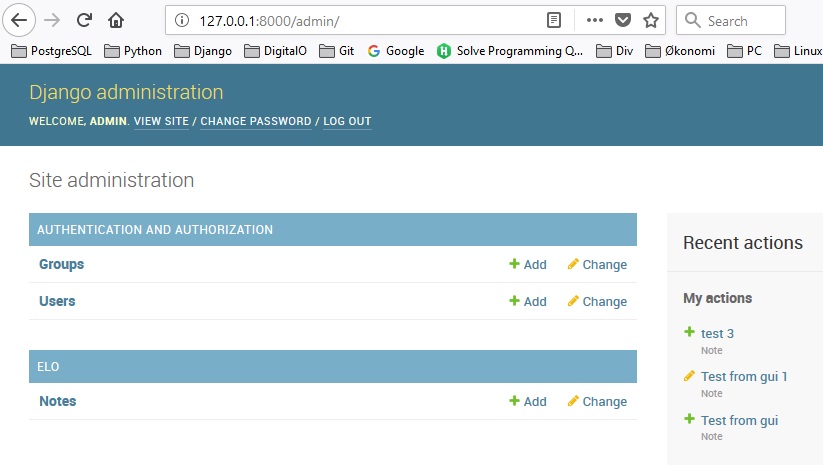 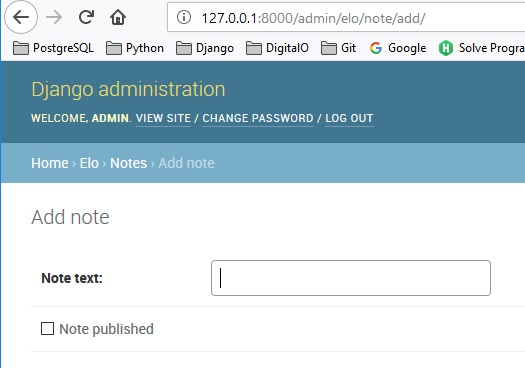 And that complets the Django API CRUD and models migration.