A tuple consists of a number of values separated by commas, for instance:

On output tuples are always enclosed in parentheses, so that nested tuples are interpreted correctly; they may be input with or without surrounding parentheses, although often parentheses are necessary anyway (if the tuple is part of a larger expression). It is not possible to assign to the individual items of a tuple, however it is possible to create tuples which contain mutable objects, such as lists.

Though tuples may seem similar to lists, they are often used in different situations and for different purposes. Tuples are immutable, and usually contain an heterogeneous sequence of elements that are accessed via unpacking (see later in this section) or indexing (or even by attribute in the case of namedtuples). Lists are mutable, and their elements are usually homogeneous and are accessed by iterating over the list.

Curly braces or the set() function can be used to create sets. Note: to create an empty set you have to use set(), not {}; the latter creates an empty dictionary. 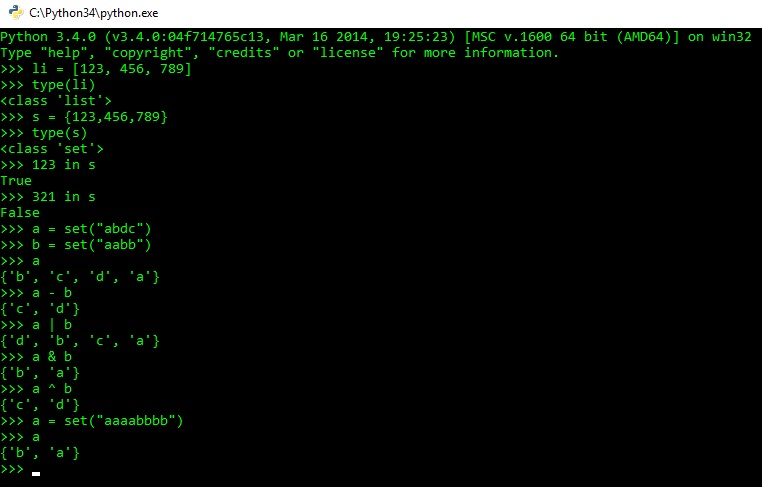